Abbey is an 18 year old showjumper from Kent, who competes her 15.1hh 8 year old Connemara Shadow.

She has been riding since the age of 5 and has been horse obsessed ever since!

Her plans for the upcoming season are to be competing confidently in British Novice classes and hopefully Discovery, before September when Abbey and Shadow start their new journey at University together.

Abbey will be studying Equine sports science and rehabilitation. Shadow is extremely messy in the stable and PelletBeds have helped massively by keeping her stable as clean as possible. They save so much time mucking out, as well as being cost effective. She says she would never go back to any bedding other than PelletBeds!

Georgia is an Essex based showjumper with a small team of 3 horses.

Georgia has been riding since she was 2 years old and has had many successes along the way. One of her best memories has to be winning a class at all England Hickstead championships.

Looking to the summer season she has an exciting string of horses.

She’s looking forward to continuing producing and furthering the education of her rising 4 year old ‘May Van Klaverborch’ and rising 5 year old ‘Ninova’ who she has high hopes for. Both are proving very talented and will be heading out to their first few shows over summer

Georgia has high hopes for both horses and is aiming to participate in some age classes, although this depends on how ready they are due to loosing education from COVID.

Her main competition horse is Billy Huckleberry, although they have been a partnership for nearly two years it has taken a while to gain his trust. The pair have focused on working together, gaining their double clears for this year’s second rounds and also qualified for blue chip championships 2020. They are hoping to compete in some HOYS qualifiers this year as well as attend many stay away competitions with the long term goal to be out competing at 130+ classes.

Georgia has been using pellet beds for over a month now and absolutely loves it, her favourite thing has to be the absorbency and the amazing smell when she lays a fresh bed. She has gone from taking out over 2 wheelbarrows per horse per day to just under half a wheelbarrow which has been a huge time saver. Georgia loves the amazing factor that it is zero plastic waste while supporting British farmers and all the horses love it too.

This is Harli, an aspiring young event rider from Cornwall.

Harli started riding at 3 years old and got into ponies as mum and sisters ride and have always had horses.

Harli’s ambition is to be an event rider and after her GCSE’s this year, will start an apprenticeship lined up with Tim Cheffings at his event yard in Devon.

Her current horse is Kodi, a 15.2hh 8 year old gelding.  He is a bit of a delicate flower 😂 but he has the heart of a lion and is full of mischief.  Both Harli and Kodi love cross country and hunter trials and he really excels himself on the course, never refuses and absolutely loves it.

Harli is hoping to affiliate with British Eventing this year and cannot wait to get out competing again soon. She is also excited to see what opportunities working with Tim Cheffings brings and looks forward to learning more about being a professional rider.

Harli has a yard of 4 horses all on PelletBeds and it has halved the mucking out time and made having 2 very wet horses much more bearable.   One of her horses has COPD so a non-dusty bedding is essential.  PelletBeds ticks all the boxes and she is super excited to represent them.

Emily is a show and working hunter jockey from West Sussex. Emily has been around ponies her whole life and started competing in lead-rein showing classes when she was 4.

She currently competes her welsh section C, Jack, in flat HOYs qualifiers and her Shetland in the workers.

In the up-coming season Emily is looking forward to moving up from junior classes to the open section C classes. She also aims to start showing her Shetland, Widget, in both the HOYs and RIHS working hunter qualifiers.

Ellie is an 18 year old event rider based is Derbyshire who is currently balancing caring for her three horses; Benny, Flint and George as well as completing her Equine studies at college.

Planning for a future in the equestrian industry Ellie intends on professionally producing, competing and selling ponies once her studies are completed. Ellie has successfully competed in several disciplines including showing, working hunter, BE100 and showjumped up to 1.10m.

This year Ellie looks forward to taking her older pony Flint out to some fun shows, however, her main focus is producing Benny her 16hh rising 4 year old, Irish Sports Horse. Having already backed Benny, Ellie plans on attending plenty of training clinics, combined training classes, dressage competitions and successfully showjump up to 85cm in preparation for next seasons 5YO eventing classes.

Using PelletBeds with shavings has been a massive help in reducing the amount waste taken out of the stables. It has also considerably reduced the amount of time it takes to muck out the horses which is a huge benefit when there is multiple horses to ride and muck out daily. Both EquineMax and EquinePro are incredibly absorbent resulting in the beds lasting over a week before the wet bedding needs to be taken out.
Benny, Flint and George love their super comfy beds and PelletBeds is our favorite bedding and highly recommend them!

Leah and Tommy are keen eventers based in Kent in South East of England.

Leah’s love of horses goes back to when she was a child, with her mum being a qualified instructor it is said Leah could ride before she walked! Working her way up from Shetland ponies to 17hh sports horses, Leah has always felt extremely lucky to have had such an equestrian lifestyle from childhood and wouldn’t be half the rider she is now if it wasn’t for it.

Leah’s horse Tommy is a 17hh Friesian cross hunter who is affiliated in dressage and showjumping however, Tommy also excels in cross country and recently placed in hunter trials. To date Leah and Tommy’s biggest achievement is competing at a national dressage competition after becoming regional champion a few years ago. This year the duo is aiming to affiliate British Eventing and represent the military or police force. Additionally, Leah would like to try dressage to music with Tommy.

Tommy is a particularly dirty and wet horse who has previously been managed on shavings. Not wanting to change off shavings completely, Leah considered if there was a way to increase the absorbency of shavings and now uses a mixture of PelletBeds EquinePro and shavings.
The addition of EquinePro has made a noticeable change to how much wet bedding is removed and provides Tommy the ultimate big, fluffy bed which is extremely inviting for Tommy to snooze on.
Leah highly recommends PelletBeds because it is sustainable and environmentally friendly due to the zero plastic returnable bag scheme.

This has helped Leah save money on bedding cost, spend less time mucking out and provide Tommy a non-dusty bed fit for a king!

Leah and Tommy will be busy out competing this year with hunter trials and one day event already booked.

Rebecca is an International Dressage rider who had represented Great Britain at Small Tour level on numerous occasions.

Rebecca is based in Oxfordshire and has a yard of competition, schooling, breaking and sales horses. She has one horse at Grand Prix and some very talented young horses that will hopefully be stars of the future, she also breeds one or two quality horses a year.

Rebecca started riding from as young as she can remember and was very successful as a child in showing and began doing dressage at 10 years old and was successful on ponies at FEI level. Rebecca has a degree in Interior Design having taken a break from horses for a few years but horses are always in the blood, so she returned and worked for Hawtins Stud and Dan Greenwood Dressage before going out on her own.

Rebecca has a lot of youngsters so the coming season will be spent getting them out to their first competitions gaining regional qualifications and competing in Young horse classes at premier leagues, aiming to obtain consistent scores at Grand Prix with international qualification. She is on the search for her next international superstar and hopes there is one amongst the bunch of young horses coming through.

Rebecca changed to PelletBeds after using chopped rape straw because she found it was not very absorbent and messy. Rebecca currently uses both EquinePro and EquineMax for her horses and has noticed the horses are much cleaner therefore easier to muck out. The absorbency of both products has reduced the amount of soiled bedding wastage resulting in a smaller muck heap. Overall, this bedding is a real winner on a busy yard due to the cleanliness, quickness to muck out and it is very cost effective.

consider your carbon ‘hoof’ print by using our natural, sustainable Straw & Miscanthus pellet bedding……then return the used bags for FREE, for us to wash and reuse…..we will give you back up to £6.50 per pallet and it will help reduce waste…..over 5.15 tons of plastic already saved!!!

Will run throughout March ….while stocks last

We are very pleased to announce our New Sponsorship Partnership with Event Rider Ella Bubb. Over the next 12 months we will be supporting Ella by providing her with our unique Straw Pellet Bedding!

Ella has joined us at an exciting time in the growth of our business as we further strengthen the sustainably of our straw pellet bedding, being the first company to introduce reusable bags, which can be returned for FREE to receive a credit on you next order!! 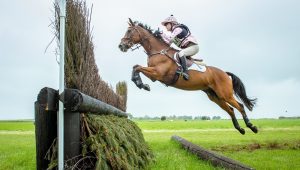 We simply love this bedding and wouldn’t go back to anything else.

the best pellet bedding on the market

This bedding is fantastic, super absorbent and quick to muck out. We have 1 pony who is very messy and it is so much quicker to muck out